Most of us know someone who has had an inflamed appendix taken out in a hurry, as approximately 1 in 20 people develop a problem with this small worm-like tube of bowel extending from the small intestine. The appendix becomes swollen and thickwalled when it is inflamed and radiologists are trained to spot those characteristics as well as to look for the cause of the appendicitis and signs of perforation – an important complication.

This CT image shows an inflamed appendix (yellow arrows), as well as the cause: a stone or ‘appendicolith’ which has formed in the neck of the appendix (blue arrow). There is also a tiny bubble of air (red arrow), which means the appendix has perforated and the patient will need treatment for infection as well as an operation. 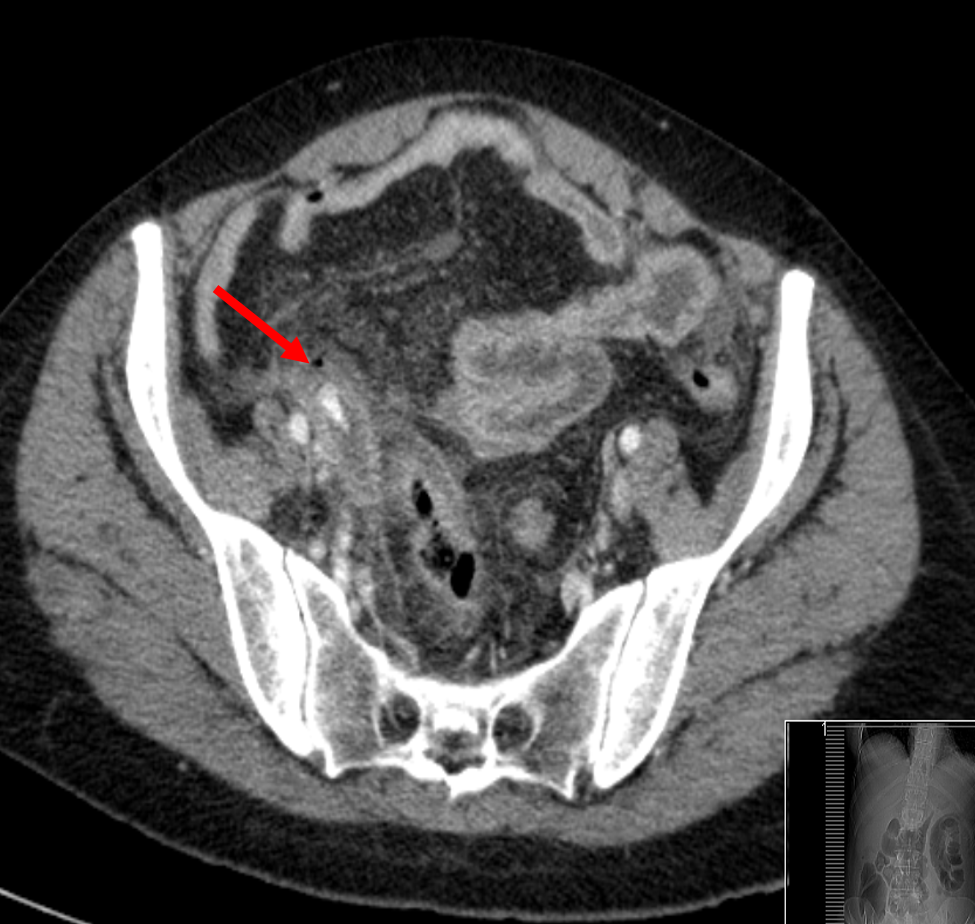